Showing posts from July, 2009
Show all

July 31, 2009
Japan's unemplopyment for Jun 09 rose to 5.4%, which is six-year high. Jobless rate up from 5.2% in May is very close to post-World War II high of 5.5%. 830,000 more people are out of the job in Jun 09 compare to a year earlier. Media quoting market statistic of 43 job offers for every 100 Job seekers which is a record low. Japan's companies have just recovered from the Negative Balance Sheet recession and started to borrow and invest again in 2005. Despite in the worst time, Japan's companies have positive cashflow as they are amongst the best world in terms of production, quality and technologies. That's why they still had cashflow to pay off the debt, which as a result of asset devaluation after the bubble burst. In 2005, Japan companies started to borrow and reinvest again. That's why I believe that Japan was really in the recovery phase in 2005. Unfortunately, this new financial crisis in 2007 has casted a heavy shadow in the recovery. However, I sti
Read more

Google, Microsoft, Yahoo and My Phone!

July 30, 2009
While Microsoft and Yahoo reached an agreement for a 10 years collaboration in the search market attacking Google’s root of business, Google has also launched Android and Chrome O/S to hit Microsoft’s root. Yahoo got stuck in between the two giants. To survive, it shares its existing and large market share of search user base and likely to focus on content based Online Advertising Campaign based business. Through this collaboration, we can categorize the three companies into two types: Software and Web Services bias – That would be Microsoft and Google. Content bias – That would be Yahoo! Why did I think so? The reason is simple. Yahoo cannot beat the other two in software. It’s role, right from the very beginning has been like a Portal to other information (they call themselves Content Aggregator). Search Engine is very much a software and AI challenge. Microsoft and Google seem to be much stronger on this. Operating System is even more obvious that it’s not the cup
Read more 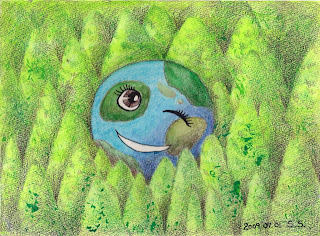 1st July 2009, we celebrate the anniversary of Hong Kong recturning to China. While there are many interest and political groups leveraging today to voice out their concern, I spent my time teaching my daughter the importance of green environment. Indeed when she grow up, she is going to live in an enviornment much worst than today if we at this generation don't act properly. China, as a rapidly growing econmy, is still very inefficient in using energy and other natural resources due to wasteful production techniques. China government is smart enough to know that. This is why we see a lot of policies addressing sustainable economic development. It means that we are no longer (or at least we are working on this direction) wasting our resources mindlessly. It also means that China needs to distribute the wealth of the nation development more evenly to all the people in the nation. Given the current burst of the US led economic system, China is also searching for a more balanced w
Read more
More posts