The two stories witness the cut-throat-competition in the world of technologies. Not too long ago I recall I was selling my HTC Mobile Phone in the second market to swap to the new HTC Android phone. It was exciting for me to purchase HTC product back then when HTC was in it's strong days. All of a sudden came Samsung and other brands and HTC has fallen behind from these competitors. I couldn't recall what "unique" product HTC has offered since the first Android phone because, well, they have not offered any unique product at all.

In the same period, Samsung took the Android phone market with overwhelming speed in launching so many different sized phones within which the unique & successful Galaxy Note with S-Pen functions and very powerful marketing campaigns that built the brand. As far as I can recall HTC's products has been ordinary phone with not an unique feature I can recall. In light of such disappointing result of 47% drop of business, HTC's next product the "HTC One Max" offers not many unique features but a 6" screen size again. HTC has fallen into the typical trap of ever increasing hardware capacity but lacking innovation. It's sad but not surprise to see yet another once-strong brand fallen from the sky.

Sony is now offering disrupting technology to move to a new Smartphone as Camera business. 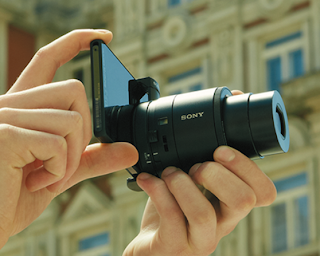 On the other hand, the second news about Sony's product of QX Smart Lens offers a new interesting episode of disruptive technologies. While our memory is still very fresh about Kodak being taken over by the digital camera era, the digital camera itself is being taken over by Smartphone already. It seems Sony is trying to take the first mover advantage in this battle.

By minimizing the electronic components and transferring the large human-needed LCD screen and control buttons to Smartphone, Sony has created a new Camera that offers unique values:

I think it's a very good product strategies. And it seems Sony is at the position to do so due to it's strong digital camera business while HTC cannot even if they come up with the same strategic thinking. It is simply because HTC does not have the camera business. 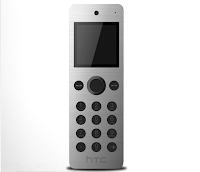 To be fair, HTC does have a "remote camera" kind of new product, which is called "HTC Mini+".  However, it's really bluetooth remote control with camera taking ability. It does not resolve the lacking of a good lens in smartphone and the product will be a low price add on. And it's much easier to be copied by other company. The sustainable uniqueness is not as high and it's unlike likely a "killer" of digital camera.

Having said so, there are two critical success factors beyond a good new product: the ability to move quickly to constantly beat the market and the building of the brand. Samsung has been successful in both of these market. HTC seems not so special on both factors. Sony now has the first mover advantage to merge (or kill) the digital camera and smartphone market with its Smart Lens and Smartphone strategy. With its strong brand it seems Sony will enjoy a unique product strategy before other catch up.